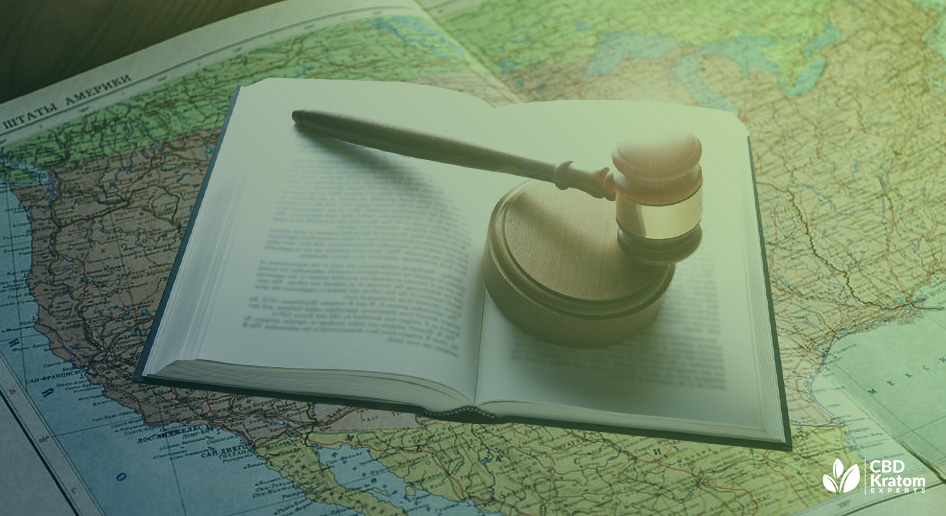 You've probably heard rumors in your state about kratom. "It's about to be banned" or "there's a motion in the state legislature to legalize it" are statements you will hear often. The thing is, they aren't always true (or, at least, they aren't the whole truth). Here you will find accurate, up-to-date, complete, no-nonsense information. Is Kratom legal in your state? If you want the answer, read on.

But First, the Federal Factor

Just like cannabis laws, the legality of a substance is, in fact, mostly about the interchange between what the federal government and your state government have to say. Kratom sellers carefully watch for new motions, rulings, policies, and regulations from the US Congress, the DEA, and the FDA, along with several other federal government agencies.

The best illustration of this was the important rulings of the DEA from a few years ago. This was the Drug Enforcement Administration's decision and reversal concerning the "emergency scheduling" of kratom. This decision, announced on August 31, 2016, was meant to place the two effective alkaloids of kratom (mitragynine and 7-hydroxymitragynine or 7-HMG) on the list of Schedule I (banned) controlled substances. Other drugs on this list include marijuana, LSD, heroin, and methaqualone (Quaaludes). This emergency scheduling would have put a national ban on kratom for a period of no less than two to three years.

However, there was significant public backlash, led by pro-botanical organizations like the Botanical Educational Alliance and the American Kratom Association, as well as over 50 members of the US Congress. This caused the DEA to enact an unprecedented reversal of their decision in October of the same year. This occurred less than two months after the DEA's official announcement. Among the many voices that caused this reversal were those of everyday American voters.

While the US Department of Health and Human Services encouraged the DEA to reconsider the reversal on October 17, 2017, there is no present indication that the DEA will do so. While there is much state and federal opposition to the use of kratom, it is also understood that it has been understudied, and could be a safe alternative to opioid pain relievers and as a possible aid in breaking the cycle of opioid addiction.

Why Exactly Is the Federal Government's Perception of Kratom Important to Kratom Users?

Under the Controlled Substances Act of 1971, a Schedule I substance...

If you do find kratom is illegal in your state, these three points become very important, since they can be used to argue for kratom's legalization. These basic arguments below respond directly to the above Schedule I criteria.

1. Kratom has never been proven to have a "high potential for abuse." In fact, it has historically been used to manage opioid withdrawal symptoms and even addiction recovery throughout Southeast Asia. A study presented to the National Institutes of Health (NIH) has shown these are two of kratom's profound but understudied benefits.

2. Because kratom is understudied, we do not have any real sense of its "medical use." However, there is a wealth of anecdotal evidence that indicates it effectively relieves pain, is not addictive or is far less addictive than narcotic painkillers, and helps with opioid withdrawal systems and ending opioid addiction. Much of this evidence can be found in this article from the Journal of the American Osteopathic Association.

3. While there are many who claim kratom is not safe, a 2020 report from Johns Hopkins University employed some enlightening kratom user surveys. These surveys revealed that only 1.9% of kratom users reported serious side effects, while the potential for kratom abuse was between three and nine percent, far lower than the 21 to 29 percent in those prescribed opioid painkillers.

If kratom is illegal in your state, consider writing your Congressperson, Governor, State Attorney General, State Legislature, or State Secretary of Health (or all of them) with these and your own arguments.

This is precisely why the federal factor is so important in understanding the legality of kratom in your state. State and federal laws and policies do not always agree. It is important to pay close attention to both to understand the overall legality of kratom. If kratom is illegal in your state, contact those who represent you in government and make your voice heard!

Kratom in Your State, County, City, and Home

As you've probably figured out by now, the legality of kratom is a complex issue. The answer to "is kratom legal in my state" is often not simple. It is the purpose of this post to give you the clearest possibly answer on the subject.

However, if you are looking for the quickest possible answer without any qualifiers or details about loopholes, exceptions, or future possibilities, see the state-by-state list below. It will tell you whether kratom possession is legal or not, and if it is not, when it became so.

While some of the states listed above have no known age restrictions, it is safe to assume that most local vendors will not sell to anyone under the age of 18. That being said, there may be local vendors and online sellers who do not ask for identification or proof of age.

Individual Counties Where Kratom Is Illegal or Banned

The following is a list of kratom-banning counties in states where kratom is otherwise legal.

Individual Cities, towns, or Municipalities Where Kratom Is Illegal or Banned

This is a list of cities where kratom is banned in states where it is otherwise legal.

Is It Legal in other US Territories, Commonwealths, and Outlying Islands

In many of these places, there are either no laws, the laws are unclear, or the local governments follow the recommendations of agencies like the FDA, DEA, or the Centers for Disease Control (CDC).

In Micronesia and Guam, kratom is presumably legal, since this are no laws against it. It also has de facto legality in American Samoa. The same seems to be true of the US Virgin Islands and most other US territories. Kratom is also legal in most parts of Puerto Rico. However, exact information about these places is often extremely hard to find. It may be best to ask the territory's tourist department or central government liaison office directly.

Is It Legal in Other Countries

If you live outside of the United States or its territories, or you are visiting another country for an extended period, this website should give you most of the information you'll need. This video is also quite helpful in explaining the legal "grey areas" of kratom in the United States and different parts of the world.

If You Live in a Location Where Kratom Is Banned, Can You Have It Shipped from a Place Where It Is Legal?

The answer to this one is complicated. While, technically, this does happen, it can be problematic for you as the buyer. In most states where kratom is legal, those who sell and ship it to people in place where it is illegal bear little or no legal responsibility. But you do.

In other words, if you live in a place where kratom is illegal and have it shipped to you, or buy it in another state and bring it home, you are the one who could would be subject to arrest, a fine, or even imprisonment if caught. While your need for pain relief may be great, please seriously consider the consequences of a package being intercepted by the authorities. Even if you order from overseas, packages are regularly inspected by US Customs and Border Protection.

There are basically six aspects of laws concerning kratom that you need to take into account when considering a purchase.

The letter of the law becomes important here. Some laws specifically ban possession but say nothing about ingestion. Others ban selling but not distributing. Still others ban selling and distributing but not production or growing (especially because it is exceptionally hard to grow kratom trees in most parts of the United States).

Concluding Thoughts on the Legality of Kratom Where You Live

It would never be advisable to skirt or break a law in order to obtain kratom. That could be legally dangerous for you, as well as for those local and national groups working to legalize this highly beneficial botanical. If it is legal where you live, please see our post on where to get kratom near you.

If kratom is illegal where you live, you have options to let your voice be heard. You can also contact organizations like the American Kratom Association, the Botanical Education Alliance, and Kratom United, Inc. for help in making your voice heard.

If kratom is legal where you live, that's great! And if you believe it is a viable, safe botanical that provides relief from pain, depression, and anxiety, increases energy, and provides other health benefits, please consider adding your voice anyway. If you do, you will be joining many whose lives have been greatly improved by this wonderful plant! 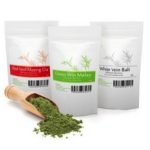 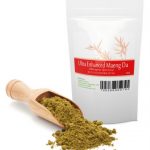 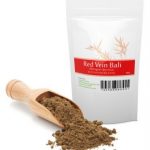 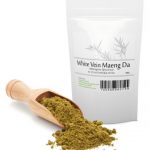 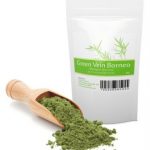 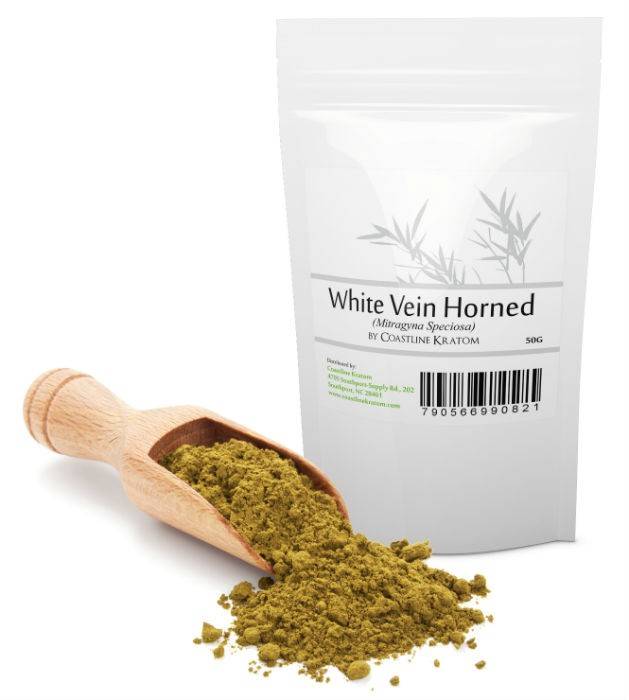 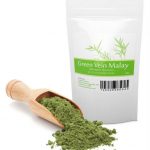 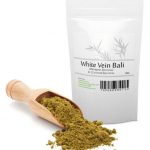